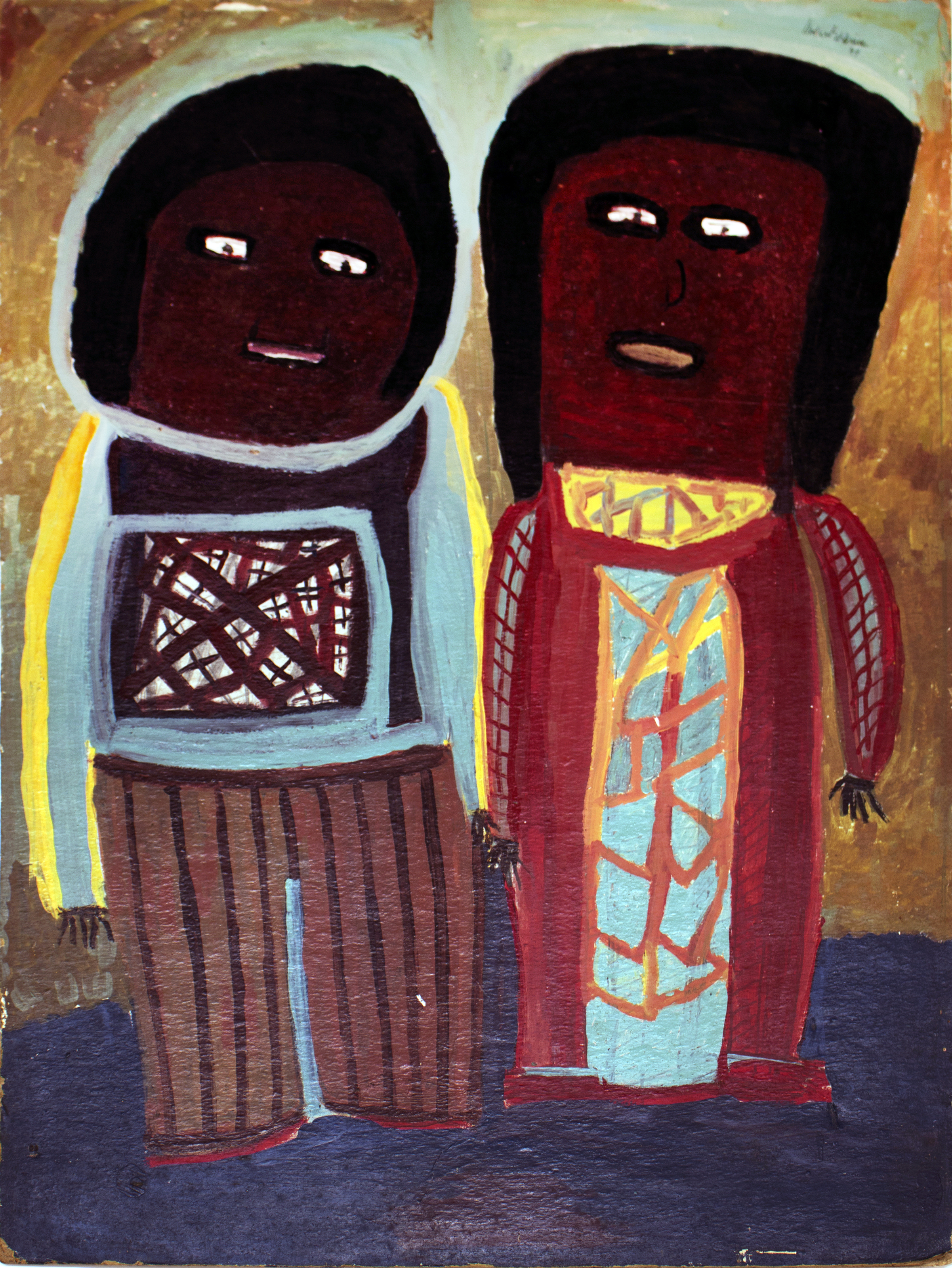 Robert Saint-Brice was a practicing Vodun priest and presented many of his paintings as illustrations of visions and dreams of ancestor gods, Loa, and spiritual symbols of the Vodun pantheon. These works were undertaken in a version of pointillism he developed that spreads the spiritual space and colors over its denizens. Like phantoms from a dream, forms oscillate in our perception. In M and Mme Sibi, however, the figures are rendered in flat areas of bright color, his more well-known dots absent. The couple here does not float in a spirit world, but instead is grounded with a horizon line and a space that, mostly, stands out from their bodies. The head of one figure is delicately and subtly turned in affection to their partner and reaches gently to hold hands.

Robert Saint-Brice painted M and Mme Sibi in 1949, the same year he joined Centre d’Art, a Haitian cultural institution that has been described as the cradle of Haitian art. Saint-Brice was inspired to start painting, in part, by his own exposure to the arts, including the Haitian images all around him, Christian iconography from his early Episcopal upbringing, and Impressionist paintings introduced to him by the African-American artist Alex Johnes. Through Centre d’Art, Saint-Brice was part of a generation that developed, promoted, and taught Haiti’s significant visual arts heritage. At the end of his life, he would inspire future generations of artists in the The Saint-Soleil Movement.