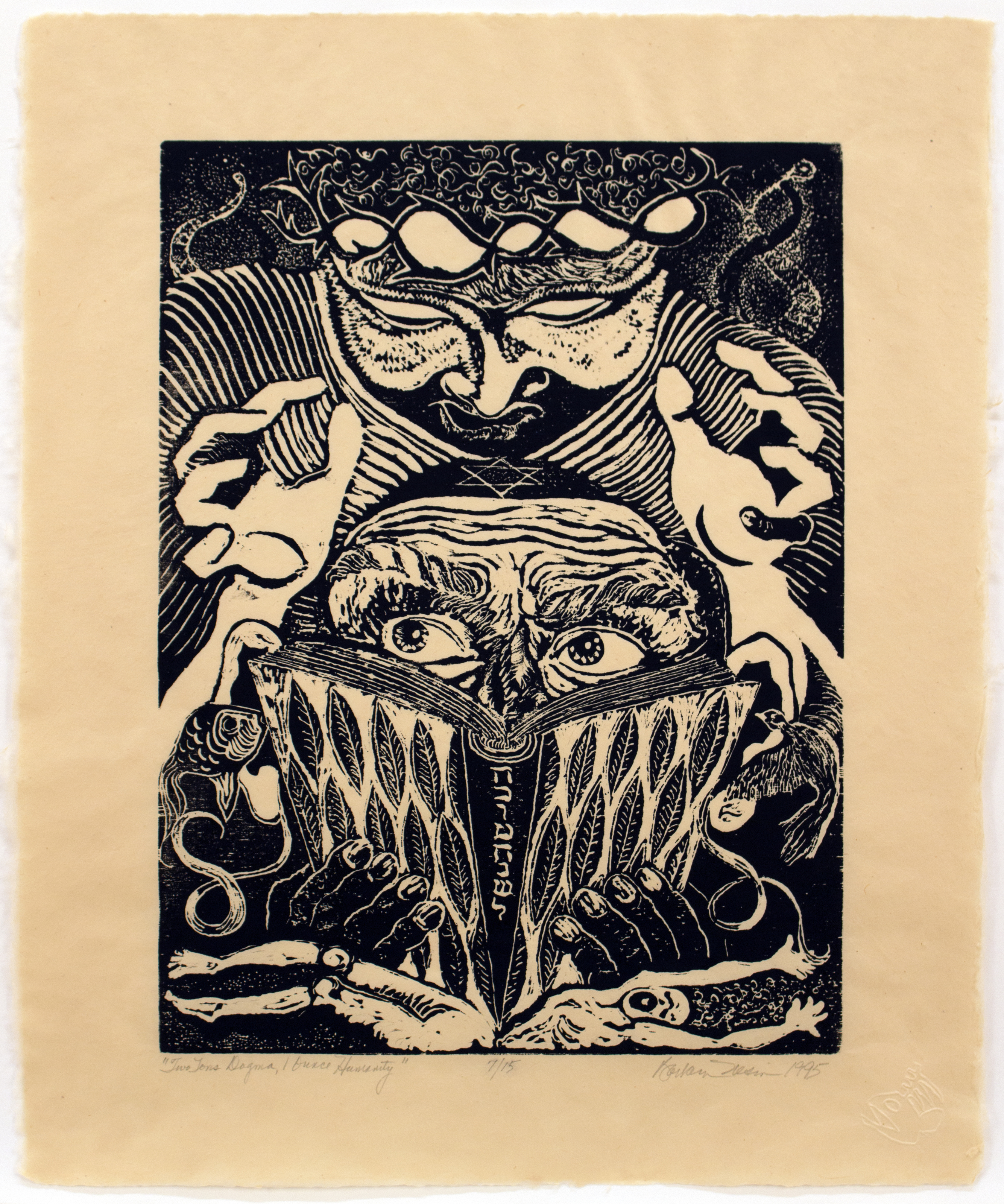 Nesin is known for the portrayal of her mixed-diaspora heritage and acculturation. She comes from both Haitian and Jewish heritage and spent some of her life traveling between the United States, Canada, Europe, and the Caribbean. Two Tons Dogma, 1 Ounce Humanity is an example of imaging her converging identities. She imagines the irony of religiosity through the lens of her identity. Of this work, she writes: “Intended for good, the devout can lose sight of the human lives they touch.  Instead of promoting our common humanity, rhetoric and fear of the “Other” dominate much of the discourse, spoken or unspoken. Burying one’s head in any ‘book of knowledge’ hides from view the damage being done, by good people who are somehow missing the point of it all.” Nesin make you wonder about the manipulation of fear and the dominance of cultures, even within the identity of one person.