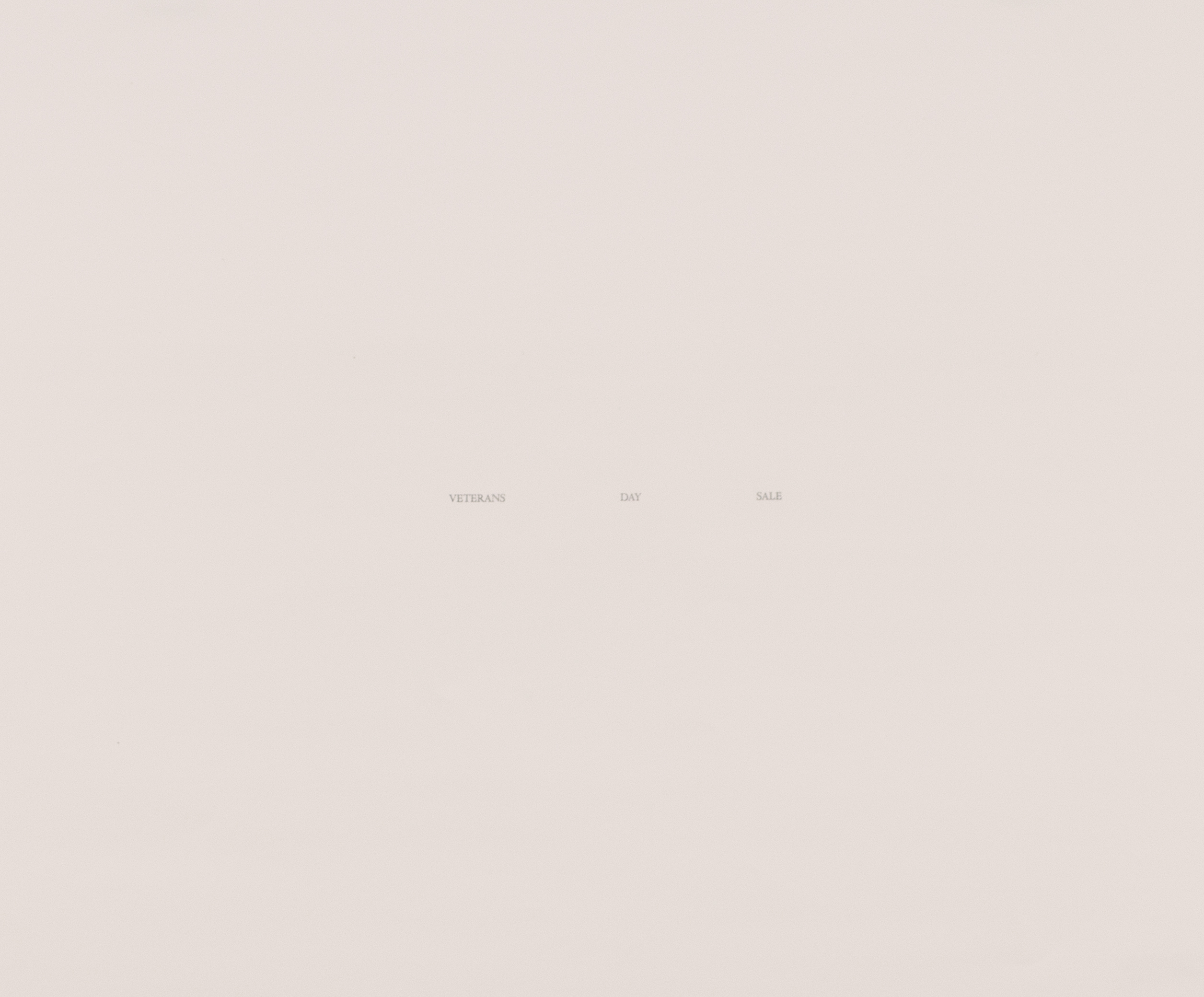 González-Torres’s art often relies on public interaction to create its meaning. He asks viewers to communicate with him, confronting their assumptions about his race or his sexual orientation as a gay Latinx artist. He also confronts viewers’ assumptions of their own participation in society through their participation in his artwork.

Veterans Day Sale is not meant to be seen the way it is presented in this exhibition, framed and by itself on a wall. It loses some of its original meaning. Instead of a single work of art, think of it as a document from a performance in which the viewer and audience, indeed our own Collection, become complicit in a complicated love affair with America and its rampant consumerism, especially in the Artworld. González-Torres originally placed a large stack of these prints on the floor of the gallery, inviting people to take one. In this way it mirrors similar sale flyers at markets and malls across the United States selling products of all kinds. The product here and its advertisement are the same, the print Veterans Day Sale. This act, in which we all are participants, serves to obscure the meaning of the words and meaning of Veterans Day. González-Torres is criticizing the way in which society goes shopping to celebrate historical events.