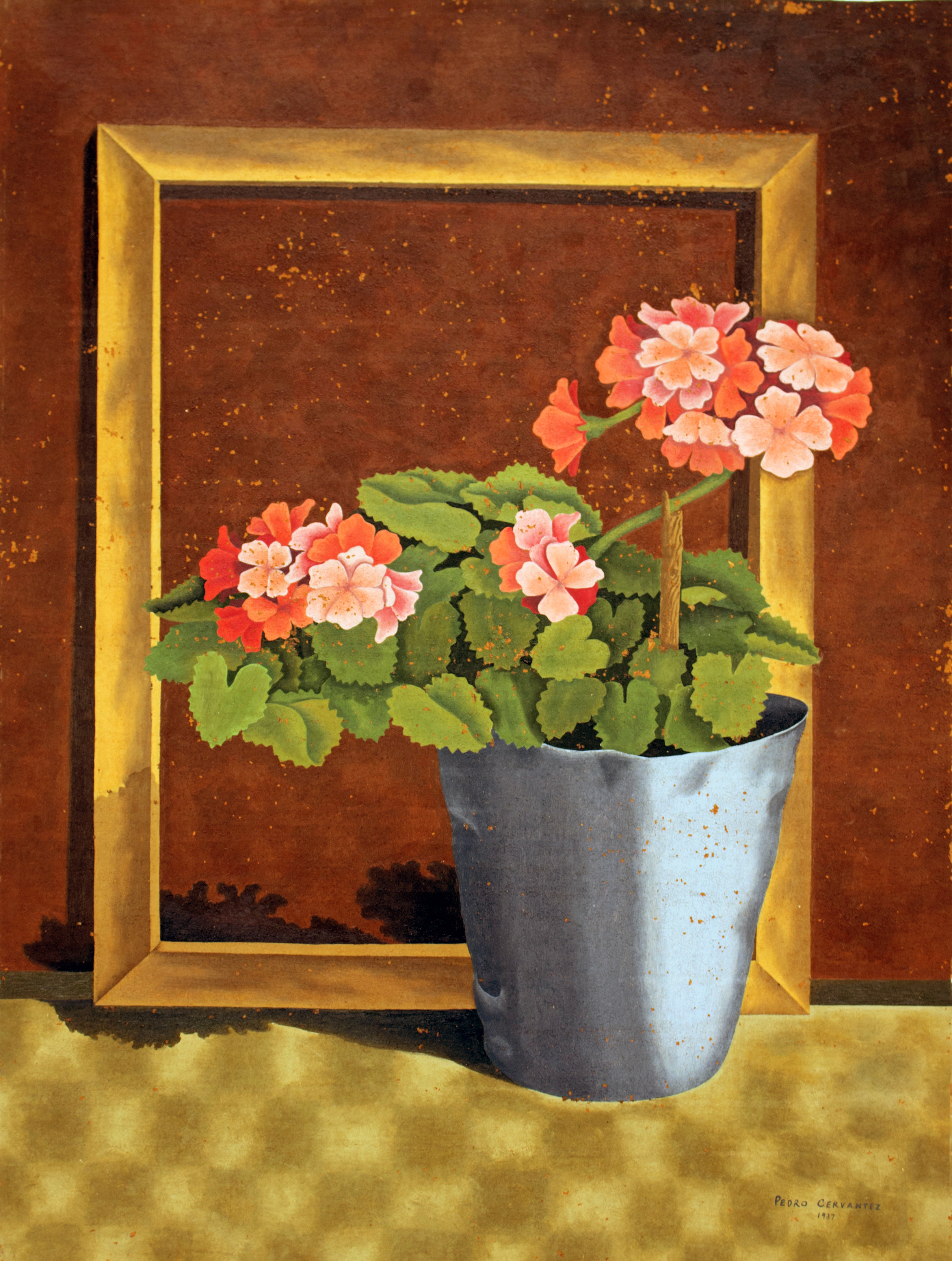 Cervántez had an eye and talent for rendering precision in the natural world, which is not surprising given that he developed as an artist when the loose movements of Regionalism and Precisionism were in full swing. He was born to parents of indigenous Mexican and Spanish decent and would join the Works Progress Administration as an artist in Arizona. He rendered both still lifes and landscapes in a series of flat parallel planes, often using a patterns or lines to create simple and evective paths from plane to plane. He took a break from painting to serve in WWII, but returned to his formal practice and studies, though was not as well known as during the WPA.